What I Learned at…Haas: Part 1

In our “What I Learned at…” series, MBAs discuss the tools and skills their business schools provided as they launched their careers. 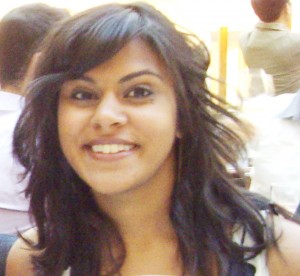 Mili Mittal is a former mbaMission consultant and now the CEO and cofounder of mor.sl, a recipe recommendations platform designed to help busy professionals cook. mor.sl was recently featured in TechCrunch. Mili received her MBA and a Certificate in Entrepreneurship from the Haas School of Business at the University of California–Berkeley (UC Berkeley Haas) in 2010. In Part 1 of this four-part series, Mili describes how her Haas classmates turned into friends who supported and guided her when she was starting her own company.

I went to UC Berkeley Haas already knowing that I wanted to start my own business after I graduated. After four years as a human resources and information technology consultant at the Corporate Executive Board Company, where I gained “intrapreneurial” experience building a new product line, and after having also cofounded and launched a dance company, I’d caught the entrepreneurial bug. I thought I was going to business school to round out my skills—to learn finance, accounting—the technical things I would need to build a business. I was wrong.

At Haas, I learned and gained so much more than just academic knowledge (not to undermine those things, however—for example, learning to build a financial model in Professor Sarah C. Tasker’s “Designing Financial Models That Work” course was invaluable). I chose Haas because of its strength in entrepreneurship and social responsibility, because it supported students with crazy “I’m gonna change the world” ideas and because students emerged from that campus and did just that. When I got there, I was energized and excited, not just by everything the school had to offer, but also by the energy and ambition of my peers. At Haas, with only 240 students in my class, these peers quickly turned into friends.

The single most beneficial resource I had on my entrepreneurial path at Haas was the support of these friends. When you’re starting a company at Haas, you don’t feel alone, even though entrepreneurship is generally a very lonely path. Instead, you have a community of professors, friends and mentors who act as your cheerleaders. They work for you from the get-go, both inside and outside the classroom. Professors like John Danner and Kellie McElhaney worked to introduce me to the likes of Whole Foods’ and Wegmans’ executives so that I could gain invaluable industry perspective on my company.  Professor Mario Rosati sent my pitch to Silicon Valley investors for their feedback. Fellow entrepreneurs in my “Entrepreneurship Workshop” class worked tirelessly to offer perspective on my business plan, pitch and product iterations.

Moreover, I found my first teammates at business school—I originally started the path to mor.sl by working on a venture called myChef, which I founded with fellow Haasies. Even our classmates who were going the more traditional route of marketing or finance offered their support—filling out SurveyMonkey questionnaires about their pantries and tastes, testing various iterations of the product and offering their own connections as resources. Based on these individuals’ input and feedback, we realized the initial concept for our venture required too much user input to stay accurate, and quickly pivoted to a new model.

What’s even more awesome? These friends continue to support me to this day, nearly two years after graduation. Those who have gone on to see entrepreneurial success of their own offer their advice and materials for me to learn from—sample term sheets, partner agreements, seed-round pitch decks that worked for them. Those who aren’t entrepreneurs offer their skills, too. For example, my friend who works at a digital marketing agency offered tips on effective Facebook marketing when I needed them. Haasies are my champions—and my company’s champions. They share our success on Facebook, pass the mor.sl URL along to their friends, introduce me to potential partners. And all of them, together, have been my rock, continually encouraging me to push forward even when I’m not optimistic, and championing my small wins. Basically, they’ve got my back.

When you are choosing a business school—whether you’re looking to start your own venture or not—take a close look at who you’ll be sitting next to in class. Make sure they can quickly go from being your peers to your friends, because it’s your friends who will support you on your journey, no matter what your path is.

Berkeley-Haas What I Learned at...