Many MBA applicants feel that they are purchasing a brand when they choose a business school to attend, but the educational experience itself is crucial to your future, and no one will affect your education more than your professors. Each Wednesday, we profile a standout professor as identified by students. Today, we profile Robert Shiller from the Yale School of Management (SOM). 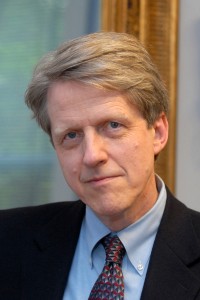 Even those not considering pursuing an MBA may be familiar with Robert Shiller (“Behavioral and Institutional Economics”), thanks to the famed Standard & Poor’s/Case-Shiller Home Price Index. Currently the Arthur M. Okun Professor of Economics at the SOM, Shiller has been at Yale since 1982. The SOM Web site notes that Shiller has written about “financial markets, behavioral economics, macroeconomics, real estate, statistical methods, and public attitudes, opinions, and moral judgments regarding markets” and is the author of Finance and the Good Society (Princeton University Press, 2012). And according to Treasury & Risk magazine, which named Shiller one of the 100 most influential economists of 2009, he “is credited with predicting the 2007 housing market peak and the subsequent plunge of global markets.” SOM students appear to hold Shiller, who often uses games to explain ideas, in high regard. “He’s awesome,” a second year told mbaMission, with a “very nice, easy manner.” Another second-year student we interviewed said, “You come out [of his class] pretty convinced of the things he says.” In addition, Shiller writes regular columns for both the New York Times and Project Syndicate.