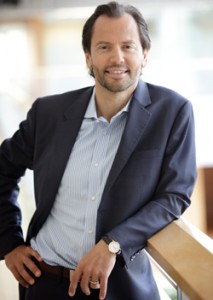 Zingales is currently the Robert C. McCormack Distinguished Service Professor of Entrepreneurship and Finance at Chicago Booth, as well as a Charles M. Harper Faculty Fellow. In addition, he became faculty director of the school’s Stigler Center for the Study of the Economy and the State in 2015. During the 2019–2020 academic year, Zingales taught such courses as “The FinTech Revolution” and “Crony Capitalism.” His students call him an “emerging finance superstar”—significant praise, considering the company he keeps at Chicago Booth.

Previous Entry
How to Solve Any Sentence Correction Problem on the GMAT, Part 3
Next Entry
Campus Facilities and Development at Duke Fuqua and MIT Sloan