Professor Profiles: Adam Grant, The Wharton School of the University of Pennsylvania 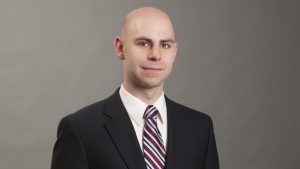 Many MBA applicants feel that they are purchasing a brand when they choose a business school. However, the educational experience you will have is what is crucial to your future, and no one will affect your education more than your professors. Today, we focus on Adam Grant from the Wharton School of the University of Pennsylvania.

In addition to receiving multiple teaching awards at Wharton and having been named one of HR’s “Most Influential International Thinkers” in each biennial ranking since 2015, Adam Grant is also reportedly a student favorite. The author of New York Times bestsellers Option B: Facing Adversity, Building Resilience, and Finding Joy (Knopf, 2017; co-authored with Sheryl Sandberg), Originals: How Non-Conformists Move the World (Viking Press, 2016), and Give and Take: A Revolutionary Approach to Success (Viking Press, 2013; named one of the best books of the year by Amazon), and more than 60 articles, Grant has received numerous awards for his research on work motivation, including a Cummings Scholarly Achievement Award from the Academy of Management, the Distinguished Scientific Award for Early Career Contribution from the American Psychological Association, and a fellowship from the National Science Foundation. Grant’s books have been translated into 35 languages.

Grant was quoted in a past Bloomberg Businessweek profile of him as saying, “There is a long list of reasons that make me passionate about teaching, but every one revolves around the observation that we spend the majority of our waking hours at work, and there are many ways in which organizational psychology lets people lead more reward[ing] and productive work lives and makes the experience and organizations of others more productive, too.” In addition, Wharton students quoted by Poets&Quants once remarked of him, “I’m always struck by his humility (and humanity). It’s actually more like a bedside manner, almost like charisma, but more humble and personable” and “Adam is an amazing teacher and friend. In both my classes with him, he’s shown that in addition to being passionate about his subject matter, he really cares about his students. He also has an uncanny ability to remember the name of every student he teaches.”

For information on other defining characteristics of the MBA program at Wharton or any of 16 other top business schools, check out our free mbaMission Insider’s Guides.