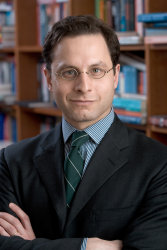 Many MBA applicants feel that they are purchasing a brand when they choose a business school. However, the educational experience you will have is what is crucial to your future, and no one will affect your education more than your professors. Today, we profile Rawi Abdelal from Harvard Business School (HBS).

Rawi Abdelal is the Herbert F. Johnson Professor of International Management and the director of Harvard’s Davis Center for Russian and Eurasian Studies. In addition to teaching, he serves as a faculty associate for such groups as Harvard’s Weatherhead Center for International Affairs and the Minda de Gunzburg Center for European Studies.

His first book, National Purpose in the World Economy: Post-Soviet States in Comparative Perspective (Cornell University Press, 2001), won the 2002 Shulman Prize for outstanding monograph dealing with the international relations, foreign policy, or foreign-policy decision making of any former Soviet Union or Eastern European state. In 2016, Abdelal was granted the HBS One Harvard Faculty Fellowship, and in 2013, he received the Robert F. Greenhill Award, given to outstanding members of the HBS community who are making significant contributions to the school. Moreover, in 2004, he was awarded the Student Association’s Faculty Award for outstanding teaching in the required curriculum.

For more information about HBS and 16 other top-ranked business schools, check out our free mbaMission Insider’s Guides.