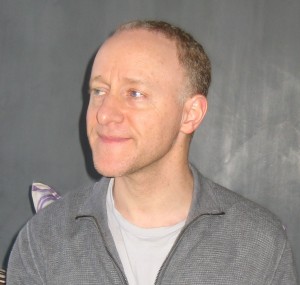 Many MBA applicants feel that they are purchasing a brand when they choose a business school. However, the educational experience you will have is what is crucial to your future, and no one will affect your education more than your professors. Today, we focus on Adam Brandenburger from New York University’s (NYU’s) Leonard N. Stern School of Business.

An expert on game theory and its practical application to business strategy, Adam Brandenburger was voted the NYU Stern MBA Professor of the Year in 2006, and in 2008 he received an NYU Excellence in Teaching award in recognition of his teaching and course development work. From 2011–2014, he served as vice dean for innovation at NYU Stern, and he is now the J.P. Valles Professor at the school. His latest book—called The Language of Game Theory: Putting Epistemics into the Mathematics of Games (World Scientific, 2014)—contains eight papers coauthored by Brandenburger and his colleagues over a period of 25 years. Students with whom mbaMission spoke reported being consistently impressed by his capacity to make the complex simple in the classroom, stating that Brandenburger is able to take the “complicated, theoretical and intangible” world of game theory and make it “easy to understand and practical.” Brandenburger holds additional appointments at NYU as global network professor, distinguished professor at the Tandon School of Engineering, and faculty director of the university’s Shanghai Program on Creativity and Innovation.

For more information about NYU Stern and 16 other top-ranked business schools, check out the mbaMission Insider’s Guides.