Changes in Deanship at Wharton and Columbia Business School 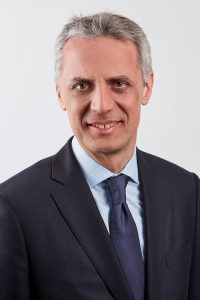 Two top-ranked business schools have made changes in their leadership recently, as Columbia Business School (CBS) appointed a new dean and the Wharton School of the University of Pennsylvania announced that its dean will depart the school in July 2020.

The hunt for a new dean has been underway at CBS since Glenn Hubbard, who had held the position since 2004, announced in September 2018 that he would be stepping down. Last week, Columbia University President Lee C. Bollinger reported that Dr. Costis Maglaras would take over the role on July 1. Dr. Maglaras is no stranger to CBS—in fact, he joined the CBS faculty back in 1998 and has held such positions at the school as director of the PhD program from 2011 to 2017 and chair of the Decision, Risk, and Operations Division from 2015 to 2018. Last year, Maglaras received the Dean’s Award for Innovation in the Curriculum for his work in designing and launching the school’s technology and analytics curriculum.

“Costis has consistently demonstrated a commitment to embedding the widely applicable lessons of [his] data-focused scholarship more fully into Columbia’s business education and to supporting related initiatives at the University-level,” President Bollinger commented in a CBS press release. “He is a talented educator and a generous colleague, beloved by his students and peers, and he is known for his thoughtful and probing approach to business pedagogy, grounded in real-world examples, experience and analysis,” Bollinger continued. 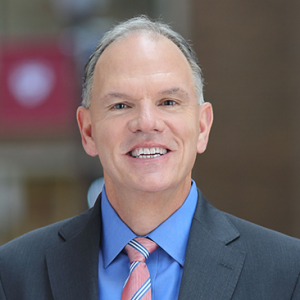 At Wharton, the recent news of Dean Geoffrey Garrett’s departure came as a surprise to many; Garrett announced abruptly that he will be taking over the role of the dean at the University of Southern California’s Marshall School of Business in July 2020. Marshall’s previous dean, James Ellis, was ousted in late 2018 in the midst of a controversy regarding claims of misconduct. The school will be led by an interim dean until Garrett steps in.

Garrett’s tenure as dean at Wharton began in 2014 and has included many highs, including the school’s placement as the best MBA program by the U.S. News and World Report in the publication’s 2020 ranking and its receipt of a record $50M donation in October 2018. “One thing that’s attractive to me about Marshall is they do a lot of stuff,” Garrett told the Los Angeles Times at the time of his appointment. “The world of business education is broad and dynamic, and Marshall has its fingers in lots of pies and has been very innovative,” he said. The University of Pennsylvania has begun forming a search committee consisting of members of Wharton faculty, students, and alumni in an effort to appoint a new dean.