The median annual base starting salary for recently hired MBAs at U.S.-based companies has reached a record high of $115K, a new survey by the Graduate Management Admission Council (GMAC) reveals. The GMAC 2019 Corporate Recruiters Survey, which features responses from more than 1,200 employers in 45 countries, reports that the median salary is the highest on record after having hovered in the $100K–$110K range for the past several years. 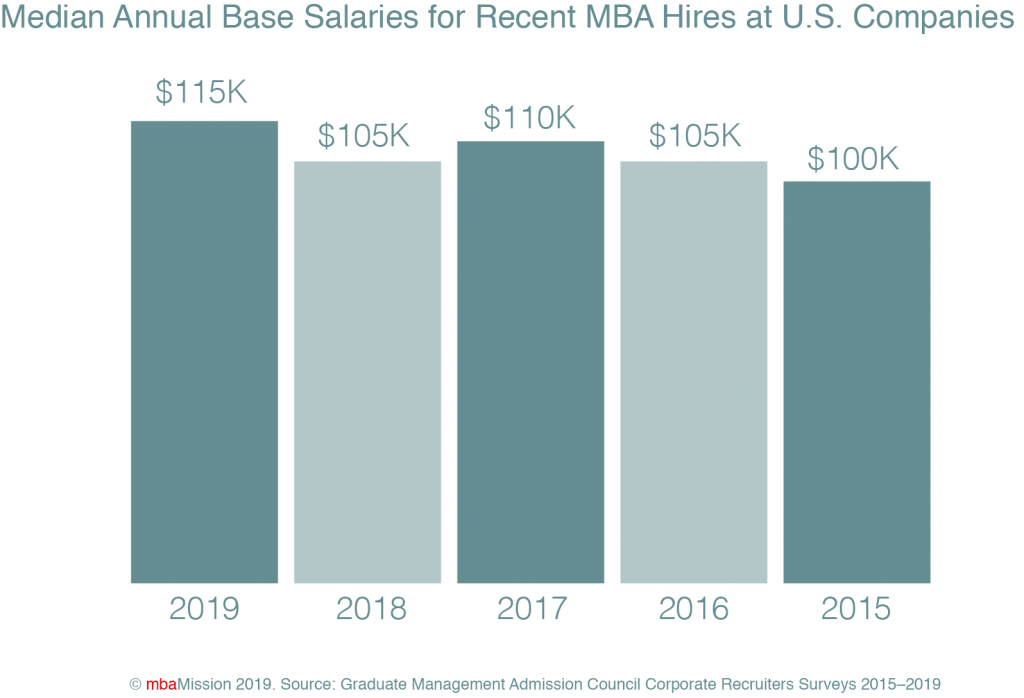 Among the participating U.S.-based companies, freshly hired MBAs received the highest salaries in the consulting industry ($135K), followed by the finance/accounting industry ($125K). Companies based in Europe reported a median starting salary of $95K for MBAs, while companies in the Asia-Pacific region offered a median of $45K. For new hires with bachelor’s degrees in the United States, the median annual starting salary was notably lower than that of MBAs, at approximately $55K.