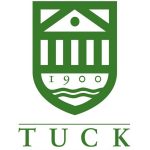 The Tuck School of Business at Dartmouth has approximately 10,500 living alumni. Although that figure may sound small compared with a larger school’s alumni base, numerous students and graduates we have interviewed report that Tuck has an active and close-knit alumni community. Through their continued involvement with the school as mentors, visiting executives, recruiting contacts, and internship providers, Tuck alumni maintain an open channel between the MBA program and the business world. The Tuck students with whom we have spoken cannot say enough about the strength of student-alumni interactions, emphasizing that the vitality of Tuck’s close-knit community endures long after graduation.

One second-year student shared that he had had pretty high expectations with regard to the school’s alumni network “but still underestimated how strong the network can be.” He explained, “The connections were instant. I received same-day responses, all the time. There is a strong pay-it-forward mentality and a genuine interest in seeing people from Tuck do well. Alums go out of their way to help with networking, job preparation, anything.”

Tuck alumni also stay connected to the school through its annual fund-raising campaign. The school reportedly boasts the highest giving rate of all U.S. MBA programs. Tuck noted that its giving rate is “more than double the average giving rate of other business schools” in an August 2015 news article on the school’s website, and in an August 2016 article, the school boasted, “More than two-thirds of Tuck’s [alumni] gave to their alma mater this year, continuing the school’s tradition of unparalleled alumni loyalty and participation.” This pattern continued in 2017, when more than two-thirds of the Tuck alumni pool donated to the school, for the 11th year in a row. In fact, the school raised a record $31.1 million in 2017. In 2018, Tuck set a new record when it raised $51.3M from its alumni. In April 2018, the school launched a new capital campaign titled “The Tuck Difference: The Campaign for Tomorrow’s Wise Leaders.” The fundraiser is part of the larger university’s $3B campaign, for which Tuck has set an investment target of $250M.

Tuck takes pride in not only its active alumni pool, but also its close-knit community and small faculty-to-student ratio. The school’s Research-to-Practice Seminars complement these characteristics and allow incoming students to quickly get acquainted with the Tuck culture. An article on the school’s Tuck Today website explained that “International Entrepreneurship” was the first of several such seminars designed to give students insight into a real-world business issue. The seminars were conceived as a key component of the school’s strategic five-year plan, called “Tuck 2012.” The courses bring together a small group of second-year students with top faculty for a “deep dive” into a specific topic. Research-to-Practice Seminars that have been offered in the past include the following:

For more information on other defining characteristics of the MBA program at Dartmouth Tuck or one of 16 other top business schools, please check out our free mbaMission Insider’s Guides.

Previous Entry
Meet mbaMission’s Rachel Beck and Susan Kaplan at Poets&Quants’ CentreCourt New York Festival!
Next Entry
What to Do When You Do Not Have Much Time to Prepare for the GMAT