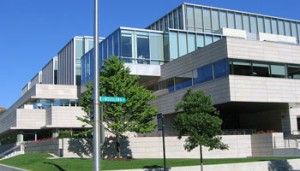 The University of Chicago Booth School of Business has returned to the number one spot in the 2018 ranking of the world’s best MBA programs by The Economist, one year after being ranked second to the Northwestern Kellogg School of Management. Chicago Booth is no stranger to first place, however, given that this is the sixth time in the past seven years that the school has topped the list. This year, Northwestern Kellogg stands at second, and the other top five programs remained unchanged from the previous year—Harvard Business School is third, the Wharton School of the University of Pennsylvania fourth, and the Stanford Graduate School of Business fifth.

One of the most notable risers this year was Barcelona-based IESE Business School, which climbed 11 spots to sixth. The University of Michigan’s Ross School of Business entered the top ten at seventh after being ranked 12th last year. A few new names round out the top 20, with the Johnson Graduate School of Management at Cornell University climbing six spots to 20th and INSEAD moving to 19th after being ranked 21st last year.