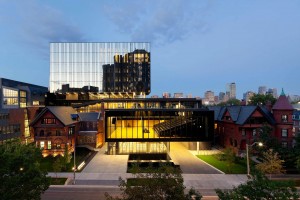 Rotman, which was ranked second among Canadian MBA programs by the Financial Times in 2018 and 22nd among programs outside the United States by Bloomberg Businessweek in 2017, underwent significant growth under Martin’s deanship, in both campus size and endowment. Macklem’s appointment as dean suggests a continued rise in Rotman’s academic profile and its reputation for financial education. “He has vast experience managing large institutions, translating academic research into public policy, and representing Canada on the world stage,” stated the university’s vice president and provost.

Approximately 125 miles from Rotman, at the University of Western Ontario, stands Ivey Business School, which the Financial Times ranked as the third-best Canadian MBA program in 2018. The Ivey MBA program runs over the course of one year and is, according to the school’s Web site, designed for “high-achieving leaders who are ready to accelerate their career success.”