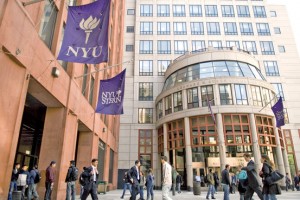 As we steadily approach the 2017–2018 application season, business schools are revealing their latest essay prompts and applications with dizzying speed. The New York University (NYU) Stern School of Business is no exception, as the school unveiled its new application recently with some fascinating changes. The school’s IQ+EQ core value—which encompasses “intellectual as well as emotional intelligence”—now plays a more prominent role in the school’s application. The new EQ Endorsement requires a recommendation from an applicant’s peer or colleague—not a supervisor, in contrast to typical business school applications—who can attest to the MBA candidate’s emotional intelligence. Such a requirement is the first of its kind among top-ranked business schools.

Stern also decided to retire the creative essay that it had asked its prospective students to write for more than 15 years. Instead, applicants must now choose six images (which may also include charts or infographics) to present to the admissions committee with accompanying short captions that “best express who they [the candidates] are.” The school described this decision as “an effort to provide additional direction to applicants and create more consistency in the evaluation process without compromising expression.” Isser Gallogly, Stern’s associate dean of MBA admissions, noted in the announcement email that “these changes are much more in keeping with the ‘social media’ style of communication of today’s applicant.” Gallogly continued, “Applicants communicate with much more than words these days and visual elements now play a dominant role.” We at mbaMission are interested in seeing what other schools have in store for the upcoming admissions season!

Previous Entry
How Many Top School Admits Chose to Enroll in 2016?
Next Entry
MBA Admissions Myths Destroyed: Reapplicants Should Not Reapply