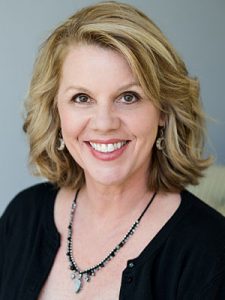 For almost two decades, Dawna acted as the final decision-maker on more than 60,000 MBA applications and admitted approximately 8,000 successful candidates. She previously served as the associate director of admissions at Kenan-Flagler at the University of North Carolina at Chapel Hill for three years, after completing her M.Ed. in Higher Education Administration. Now mbaMission’s Chief MBA Strategist and a Senior Consultant, Dawna formulated the admissions recruitment strategy for multiple priority demographic groups, including military candidates, women, underrepresented minorities, and applicants from certain international regions, during her extensive admissions career to date.

In addition to having interviewed several thousand business school applicants and reviewed tens of thousands of essays and recommendations, she has traveled repeatedly to more than 30 countries throughout Asia, Europe, and Latin America, which has provided her with comprehensive knowledge of various international educational systems and multicultural issues. Dawna’s sizeable network of admissions professionals was built through firsthand visits to many of the top US business schools as well as years of service on multiple committees for the Graduate Management Admissions Council and the Educational Testing Service. Because of her commitment to diversity within MBA programs, she was also a member of the Board of Directors for the Consortium for Graduate Study in Management for 17 years.

While at Dartmouth Tuck, Dawna received both the Tuck Management Award and the Tuck Team Award and was widely recognized for following industry trends within the MBA industry, winning—along with her team—international recognition three times for best practices in the MBA admissions field. She has been widely quoted in Poets&Quants, the Wall Street Journal, Bloomberg Businessweek, and The Economist. The intersection of psychology and the admissions process is an area of particular interest for Dawna, who holds an undergraduate degree in psychology and is currently pursuing a master’s degree in the subject through Harvard University’s Extension School.

In November 2016, Dartmouth Tuck Dean Matt Slaughter announced that Dawna would be leaving the business school, for which she had served in admissions for 11 years, to establish her own admissions consulting firm. Poets&Quants was among the first outlets to break the news and shared part of an email from Dean Slaughter to the Tuck community in which he praised Dawna’s important contributions and tenure:

“After 11 years of stellar performance to the Tuck School as Director of Admissions, Dawna has decided to step down from her position to start her own admissions consulting firm…. Among the most important tasks Tuck undertakes each year is crafting our new class of MBA candidates who aspire to better the world through business. Thousands of talented individuals from dozens of countries are contacted, supported, and considered. From this earnest interest, building an MBA class requires deep empathy, sound judgment, and creative instinct, as well as indefatigable energy and enthusiasm. During her time at Tuck, Dawna has brought all of these talents and more.”

During Dawna’s time at Dartmouth Tuck, the percentage of women in each incoming class rose from 25% to 44%—a record for the school—while the average GMAT score increased as well, from 699 in 2007 to 717 in 2016.

Today, Dawna has decided to forego starting her own firm to instead join mbaMission, the world’s leading admissions consulting firm. As Chief MBA Strategist, Dawna will impart her extensive knowledge of MBA admissions with the entire mbaMission team of consultants as well as mbaMission’s clients. In her first year as an mbaMission Senior Consultant, Dawna expects to take on a full roster of clients—including both package and hourly—in addition to hosting several online and in-person events in cities around the world.

She anticipates accepting her first clients within several weeks, so stay tuned to our blog for updates on her availability.

We hope you will join us in welcoming Dawna to our team!