Ask CBS and Yale SOM Admissions Officers Your Application Questions on May 10! 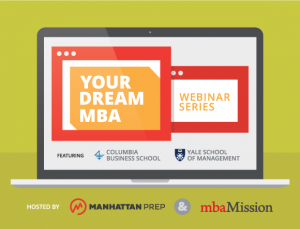 Are you applying to Columbia Business School (CBS) or the Yale School of Management (SOM)? If so, you will not want to miss this chance to learn from the schools’ very own admissions officers! On May 10, 2017, mbaMission’s founder/president, Jeremy Shinewald, will facilitate a two-hour webinar for the final installment of our five-part series: “Your Dream MBA: 5 Steps to Getting In.” From 8:00 to 10:00 p.m. EDT, Jeremy will take and share questions from attendees, while Bruce DelMonico (assistant dean and director of admissions at Yale SOM) and Amanda Carlson (assistant dean of admissions at CBS) offer invaluable insight and advice.

About the Admissions Officers:

Bruce DelMonico has been at the helm of Yale SOM admissions for the past 12 years. After earning a JD from the University of Virginia’s School of Law and working as an attorney, Bruce made the transition into admissions when he accepted the position of deputy director of admissions at Yale SOM in 2004. In the years following, DelMonico moved on to assistant dean and director of admissions at the school, which has seen a 70% increase in application volume since he started. Last year, mbaMission was lucky enough to conduct an exclusive interview with DelMonico, in which he discussed the admissions committee’s consensus approach to admit decisions and the number one thing applicants should do when they find themselves on the waitlist (among other topics). Now, we are pleased to welcome Bruce back for the second year in a row for the final installment of our Dream MBA series. 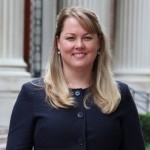 Amanda Carlson was named assistant dean of admissions at CBS in 2012, though she has been on the Columbia admissions panel since 2002. Prior to joining the Columbia culture, Carlson did campus recruiting for McKinsey & Company, served on the board of the Forte Foundation, and was a member of the Graduate Management Admission Council (GMAC) annual conference advisory committee. We spoke one-on-one with Carlson about CBS’s resources and admissions processes in 2013, and this year we are pleased that she is joining us once again for Questions and Answers with MBA Admissions Officers!

We hope you will join us for this special series. Please reserve your spot by signing up here.

Previous Entry
MBA Admissions Myths Destroyed: If I Do Not Get Accepted in R1, I Will Just Apply in R2
Next Entry
Watch Out for Repetition in Your MBA Application Essays