Luxury Brand Management at the GCU British School of Fashion 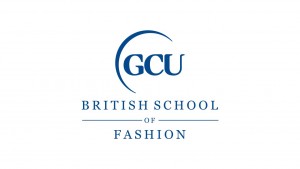 In the fall of 2013, Scotland’s Glasgow Caledonian University (GCU)—known as a leader in fashion education since the 19th century—inaugurated a new fashion business school in London and soon after opened a satellite campus in New York City. Rather than focusing on the design aspect of fashion, however, the GCU British School of Fashion instead aims to offer a specialized business education with applications to the fashion industry, as the school’s director, Christopher Moore, explained in a FashionUnited article at the time the new campuses were being revealed: “The remit of the School is clear: we are about the business of fashion. While there are other great international design schools, we are quite different. Our aim is to be a leading School for the business of fashion.”
The British School of Fashion’s MBA in Luxury Brand Management program aims to impart industry tools and skills related to such topics as consumer behavior, globalization, and strategic management. The school also professes a commitment to social responsibility, sustainability, and fair trade as part of its core values. With support from a number of British fashion brands, which in the past have included Marks & Spencer, House of Fraser, AllSaints, and the Arcadia Group, the school’s faculty also features a team of honorary professors and fashion industry leaders. Moore told the BBC, “Over the past decade, there has been a significant professionalization of the fashion sector, and there is now a need for high-quality fashion business graduates.”

B-Schools Outside the Top 15 GCU British School of Fashion

Previous Entry
Earn an Accelerated MBA in Sustainability at Duquesne
Next Entry
MBA Admissions Myths Destroyed: If I Do Not Get Accepted in R1, I Will Just Apply in R2