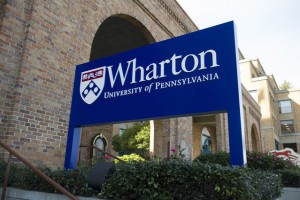 The Wharton School of the University of Pennsylvania likely does not suffer from a lack of applicants. During the 2015–2016 admissions season, for example, the MBA program received nearly 6,700 applications. But now the school is launching a program to attract a completely new pool of applicants: liberal arts undergraduates. The Moelis Advance Access Program, established with a $10M donation from alumni Ken Moelis and Julie Taffet Moelis, will be open to University of Pennsylvania seniors majoring in liberal arts, science, and nursing who hope to gain admission to the MBA program before finalizing their undergraduate studies.

The program will accept approximately ten students during its first year. In the future, applicants from other universities may be accepted as well, Wharton Dean Geoffrey Garrett told the Wall Street Journal (WSJ), and he assured that all students admitted under the new program will receive financial aid. “We don’t want students to have to choose between following their intellectual passion or social values and getting a good job,” Garrett said. Ken Moelis, who received an MBA from Wharton in 1981 and subsequently made a name for himself as the founder of the investment banking company Moelis & Co., may have had his own past in mind when brainstorming the new program: “If I had to do it again I would be a history major, and then gotten a Wharton M.B.A.,” Moelis commented to the WSJ.