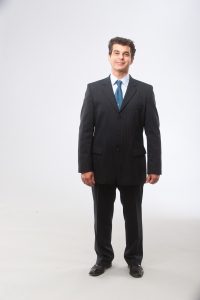 We at mbaMission know of a man now in his 70s who graduated from a virtually unknown Canadian undergraduate school in 1963 and who, with no work experience at all, applied to Harvard Business School (HBS), Wharton, and the Stanford Graduate School of Business (GSB), earning acceptance at all three (though the GSB deferred his entry for one year so he could gain a little more experience first). He ultimately studied at HBS and now runs a small grain-trading business. You could not meet a nicer man, and although he is certainly wise in many respects, one thing he knows nothing about is MBA admissions. “I attended so long ago, things must have changed since then,” he says. “I did not have any work experience at all. I had studied four years of commerce, and that was it!”

Why are we telling you this? Many candidates each year tell us that their bosses, who applied to business school during far different times, have given them “sage” advice about applying and that they feel they should follow it—after all, what worked for their boss in 1966, 1976, 1986, or even 1996 must still be applicable today, right? Wrong.

For a long time, the MBA was actually not all that desirable a degree, so the admissions process was not so competitive. To give you an idea of the MBA’s relative popularity, Duke University (Fuqua) did not even start its MBA program until 1970, but its law school was founded in 1868. Yale University was founded in 1701, but it did not have an MBA program until 1976. So, the MBA is a relatively new degree that has only recently (as of the late 1990s) reached its current level of popularity and prestige.

What does all of this mean with regard to your boss’s advice? Although your supervisor may have gotten into one of your target schools, he/she likely did so years ago and therefore may not have had to contend with the steep competition you now face. Your boss may also not know anything about what the admissions process is like today and could be—however inadvertently—leading you astray. If your supervisor starts any bit of his/her well-intended advice with the phrase “when I applied,” you should view the coming declaration with tremendous caution.