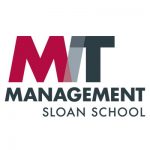 What does the MIT Sloan application review process entail? True to the rigorous analytic nature of the program’s curriculum, MIT applications are reviewed in a rigorous analytic fashion! When the school receives an application, the candidate’s information is loaded into a database, and the application is printed. Rod Garcia, who has been MIT Sloan’s director of admissions for nearly 30 years, first reviews every application online and then distributes the applications randomly among the school’s admissions readers—all of whom are either internal admissions staff members or contract readers. After picking up a batch of applications, readers review, score, and then return them one week later. The scores are entered into the database, and Garcia reviews these data to determine which candidates will be invited to interview.

After the selected candidates have been interviewed, their applications are scored again, and the committee then decides which individuals to admit. Application scoring is based on nine attributes, which Sloan divides into two major groups: demonstrated success (e.g., GPA, GMAT score, work accomplishments) and leadership (e.g., high competency in creativity, relationship building, goal setting, influencing). Each attribute group is scored separately, and the two scores are added together. At mbaMission, we always tell candidates that MBA admissions is not a science—yet at MIT Sloan, a little science actually does come into play.

For more information on MIT Sloan and other leading MBA programs, check out the mbaMission Insider’s Guides.

Previous Entry
Diamonds in the Rough: Opportunities at the University of Texas McCombs School of Business
Next Entry
Ellevest Co-Founders Sallie Krawcheck and Charlie Kroll Redefine Investing for Women