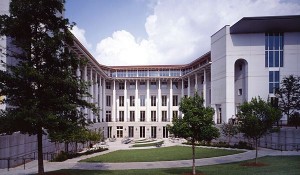 Named after late Coca-Cola CEO Roberto C. Goizueta, Emory University’s Goizueta Business School is deeply rooted in a legacy of global business leadership. Goizueta’s MBA program offers one- and two-year formats, strives to maintain an intimate learning environment, and affords its students the benefits of being located in a significant global commercial hub. One of the program’s notable advantages has been its success in attracting recruiters. The school’s recruiting strengths seem to be reflected in its latest employment report as well—95% of the Class of 2016 received job offers within three months of graduation and accepted positions with such major companies as Accenture, Barclays, Deloitte, Delta Air Lines, General Electric, Goldman Sachs, Johnson & Johnson, McKinsey & Company, and Wells Fargo.