Despite the picturesque photo possibilities of snowy grounds, winter weddings appear to be somewhat of a rarity among MBAs—in fact, the New York Times profiled only eight nuptials involving MBAs during the month of December and nine in January. Perhaps the fewer the merrier, however, since these weddings featured some true business school romances.

Leslie Voorhees and Calley Means, who tied the knot in December, met at Harvard Business School (HBS) while pursuing their respective MBA degrees. Another December couple, Whitney Keefe and David Snider, also met while both were HBS students—but on a blind date!

In addition, some current MBA students were busy with January weddings. One groom is currently pursuing a degree at the Yale School of Management, another is studying at the New York University School of Business, and one bride, who is also the co-president of the student body, is hard at work at HBS. 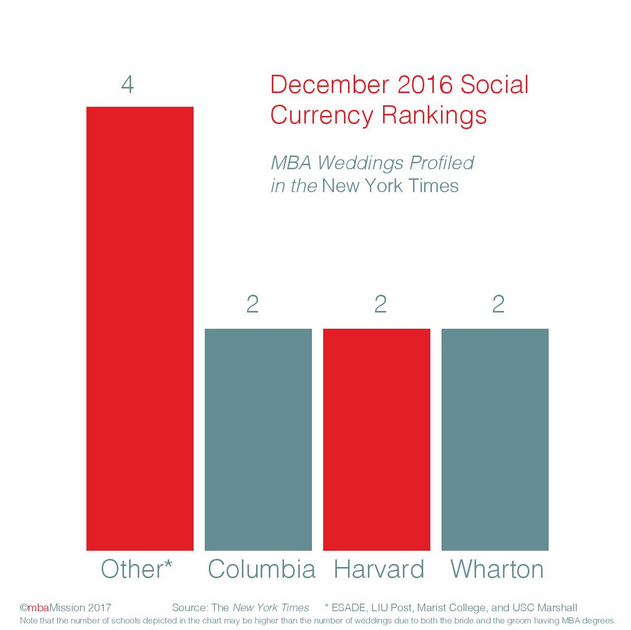 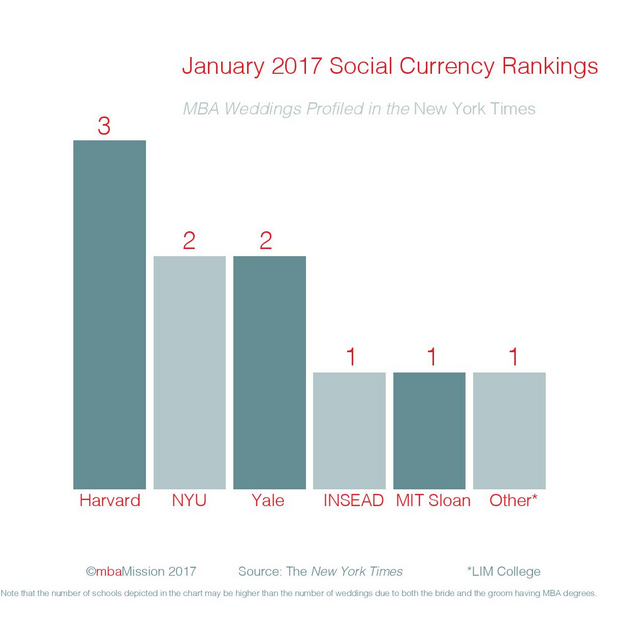