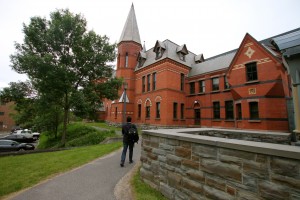 The Cornell College of Business—which was established in July 2016 and encompasses the Samuel Curtis Johnson Graduate School of Management, the School of Hotel Administration, and the Charles H. Dyson School of Applied Economics and Management—recently received a $150M donation from H. Fisk Johnson, the chairman and CEO of S.C. Johnson & Son, Inc., and his company. The gift, which is the largest in the history of the school’s Ithaca campus and the second largest to a U.S.–based business school to date, resulted in the renaming of the college as the Cornell SC Johnson College of Business. H. Fisk Johnson holds a record five degrees from Cornell, including an MBA (’84), and the Johnson family has a notable history of philanthropy with Cornell dating back multiple generations—the business school was renamed in 1984 after a donation from the family.

The $150M gift will be allocated in two parts: $100M will go toward a permanent endowment for the college, while $50M will be used to leverage further philanthropy—which could increase the original gift’s value to $300M, according to the school. “Cornell University has been a part of my family for more than 120 years,” H. Fisk Johnson commented to the Cornell Chronicle. “I hope this gift will serve as a significant catalyst to help grow the reach and impact of Cornell’s College of Business,” he added.