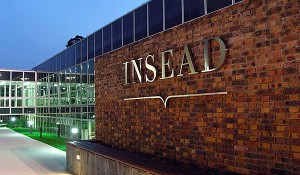 After claiming the top spot last year, European powerhouse INSEAD remained in first place in the recently released 2017 Financial Times (FT) Global MBA Ranking. The top ten saw slight movement, as the Stanford Graduate School of Business rose to second place after finishing fifth last year, and the Wharton School of the University of Pennsylvania was ranked third, one place higher than in 2016. One of the year’s most notable climbers was the Cambridge Judge Business School, which rose five spots from the previous year and landed in fifth place—the first time the school has ranked within the FT’s top five. IE Business School entered the top ten in eighth place, four spots higher than last year. Meanwhile, the MIT Sloan School of Management and the Haas School of Business at the University of California, Berkeley, fell out of the top ten after finishing in ninth and seventh positions, respectively, in 2016.

The rankings were especially geographically diverse this year, as five of the schools in the top ten are located outside of the United States. The China Europe International Business School, based in Shanghai, also rose notably to 11th place from the previous year’s 17th, while the Hong Kong–based HKUST Business School was ranked 15th, one spot lower than the previous year. Perhaps next year will see an even more global top ten?