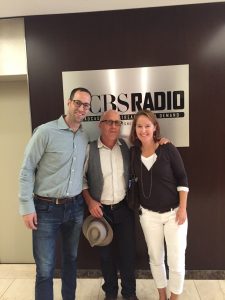 Martin Keen is no stranger to craftsmanship: his father and grandfather built shoes and furniture, largely foretelling Keen’s own career. His two businesses, Keen Footwear and Focal Upright, were both born out of needs obvious to Keen. His footwear business began when he designed a protective shoe for sailors after years of sailing (and injuring!) himself. Later, his ergonomic furniture venture stemmed from the ill effects he experienced as a result of prolonged sitting and bad posture. Keen is also a notable supporter of Venture for America and has hired multiple VFA Fellows during his career. Listen to the podcast episode to hear his story, including these details:

Subscribe to the podcast series to be among the first to hear each episode as it is released!