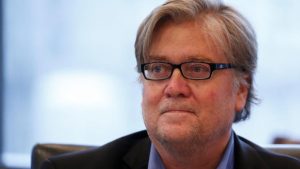 The results of the 2016 U.S. presidential election have evoked heated conversation around the country and the world, and business schools seem to be no exception. Recently, the New York Times (NYT) published a letter signed by 650 Harvard Business School (HBS) female students and alumnae, condemning President-elect Donald Trump’s decision to appoint HBS graduate Stephen Bannon as senior counselor and chief strategist. The letter was drafted by Lauren Rourke and Ali Huberlie, both of whom graduated from HBS in 2015. A note at the bottom of the letter indicates that it was signed by women from 35 different class years.

Bannon received an MBA from the school in 1983 and later launched investment bank Bannon & Co, in addition to serving as the executive chair of such organizations as the Government Accountability Institute and Breitbart News LLC. Bannon’s political views have been the subject of controversy for years, as the letter published by the NYT notes: “Mr. Bannon has been described as one of the chief architects of the alt-right movement, a movement that preaches white nationalism, racism, misogyny and hatred.” The letter continues, “Our institution has had the honor of being associated with great American politicians and leaders,” adding, “Steve Bannon does not deserve a place alongside them on the mantle of Harvard Business School’s legacy.”