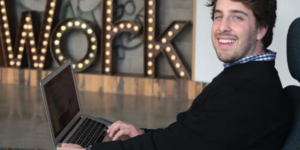 Steven Mazur is a true entrepreneur at heart and has an impeccable eye for noticing disruptions in supply and demand. At the age of 14, he sold paintball supplies after coming across an online forum where players discussed having trouble finding specific accessories. For Mazur’s latest endeavor, Ash & Anvil, the “aha” moment came as his friends remarked about the lack of well-fitting clothing in stores. Mazur and his co-founder launched Ash & Anvil for men who are 5’8” tall or shorter. Tune in to the podcast episode to hear Mazur describe how everything fell into place, discussing these details and more: