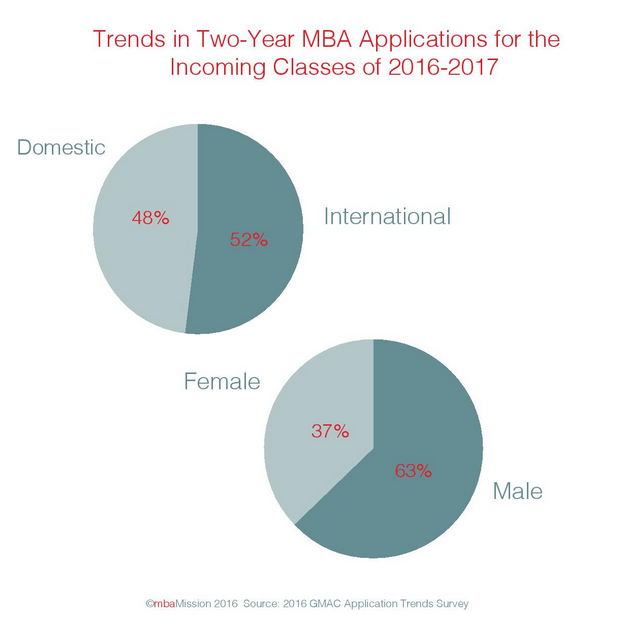 Diversity is a virtue within business school classrooms, and incoming classes at top-ranked U.S.-based schools typically feature approximately 30% to 40% international students. Indeed, the 2016 Application Trends Survey, conducted by the Graduate Management Admission Council (GMAC), reveals that 52% of those who applied for two-year MBA programs in 2015-2016 were international (i.e., citizens of a country other than that of the school to which they are applying). The majority (63%) of applicants were male, though 54% of two-year MBA programs reported a growth in application volume from women. Nearly 900 graduate business programs from 49 countries responded to the survey, including 509 MBA programs.