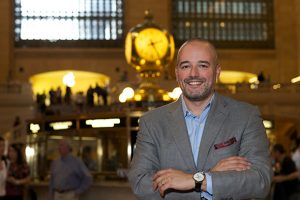 Randy Brandoff, whose brother Evan was recently a guest on the podcast series, founded luxury watch club Eleven James after spending more than a decade working for private jet company Marquis Jet and later Avión Tequila. Eleven James offers its customers access to some of the world’s most prestigious watch brands for an annual membership fee. Listen to the podcast to hear how Brandoff came to establish his company, as he discusses these details and more:

Subscribe to the podcast series to hear each episode as it is released!