Beyond the MBA Classroom: 40 Years of Wharton Follies 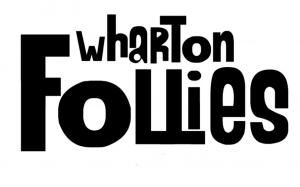 The Wharton Follies is both an annual musical comedy production that pokes fun at MBA life at Wharton and one of the school’s largest clubs, and it affords students the opportunity to shine in both creative and business roles. Entirely written, produced, and performed by students and boasting a six-figure budget, it is one of the largest and longest-running such productions at any graduate program. Follies has run at Wharton for four decades and typically features prominent members of the administration (including the dean, vice dean, and director of admissions) and popular faculty members in cameo appearances.

The specific theme changes every year. The theme in 2016 was “Back to the Follies: 40th Anniversary Show”; in 2015, it was “The Huntsman Hangover”; and in 2014, it was “The Book of Wharton.” In addition to a live component, the Follies typically involve a number of video sketches, such as 2016’s “40 Years of Wharton” and 2015’s “Business School Stereotypes”. In 2014’s “Lord of the GSR,” a play on Lord of the Flies, a group of students become trapped in a graduate study room. The 2013 sketch “MBAs Assemble a Malm Bed from IKEA,” which depicts students from various top-ranked business schools proposing different strategies for furniture assembly, is especially notable, with nearly 100,000 views as of this posting. A second year with whom we spoke explained that part of the appeal of Follies is that it “show[s] off student talent that you wouldn’t otherwise be able to witness.”