Diamonds in the Rough: Ohio State’s Fisher College of Business 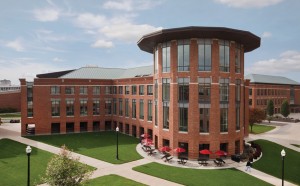 Despite the size of its parent institution, the Fisher College of Business at Ohio State University boasts a relatively intimate classroom experience—with approximately 110–150 students in each incoming full-time MBA class—and a close-knit community. Fisher students consequently benefit from the school’s wider university network (more than 500,000 alumni) and its proximity to major companies based both in Columbus and throughout the Midwest. Bloomberg Businessweek ranked Fisher 39th in its list of top MBA programs in 2015.

The Fisher curriculum consists of a core sequence spanning the first year of the program and offers nine disciplines in which students can major (including a “Make Your Own Major” option). A particularly noteworthy highlight of Fisher’s MBA curriculum is its experiential Leadership Development program, which spans the full two years. The first program of its kind to be offered at a business school, Leadership Development begins with a compulsory two-week pre-term immersion course, in which students attend workshops, bond with teammates, perform mock interviews, and formulate their professional development goals. During the course of the academic year, the program organizes various workshops and assessments—in addition to connecting students with corporate mentors who offer career guidance and networking opportunities. Also among the offerings is a speaker series that has welcomed such business leaders as the chairman of Harley-Davidson and the founder and CEO of KRUEGER+CO Consulting, Inc.