MBA Admissions Myths Destroyed: I Am Too Old to Get into Business School!

We at mbaMission often receive panicked phone calls from applicants in their late 2os, asking if they are too old to get into business school. Why? 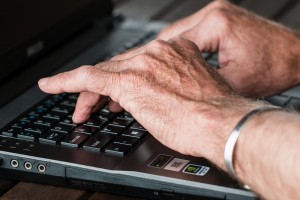 Over the past decade, several top schools have declared their openness to younger candidates and have even been courting them. Harvard Business School has welcomed “direct admits” (those entering immediately after completing their undergraduate degrees) and started the 2+2 Program to encourage undergraduates to consider deferred acceptance. Chicago Booth followed suit, launching the Chicago Booth Scholars Program, granting deferred admission to University of Chicago seniors, in addition to various Early Career Candidate programs to attract candidates with one to three years of experience. Although the Stanford Graduate School of Business does not publish the average age of its students, it does state that its students’ median work experience is four years. So, if you are an “older” candidate at 27, 28, 29, or—dare we even write it?—30, should you even bother applying?

First of all, we must note that not all schools are on the bandwagon to admit younger candidates. Dartmouth Tuck, for example, states that “in general,” it does not accept students with fewer than two years of work experience. The average amount of work experience at the University of Virginia’s Darden School is listed as four years, though the school has reported its range in the past as one to ten years—meaning that it typically does not accept direct admits. Michigan Ross requires that students complete their undergraduate degree before applying, meaning that seniors are ineligible.

However, if you are focused on a school that is open to younger candidates, you should still think logically about the situation: you cannot get any younger, so you can either self-select out of the application process or let the admissions committees read your applications and make their own decision. Further, applicants should not mistake an openness to younger candidates as an aversion to older candidates. If you have something special to offer, you are still in the running—no secret cutoff is in play that would immediately eliminate you from the applicant pool.

As we have written before, business schools are governed by self-interest. They want the best candidates out there! If you are among the best, your age will not be an obstacle.

Previous Entry
International Students Seeking Post-MBA Roles in the United States: A Checklist for Success
Next Entry
GMAT Impact: The Role of Confusion in Your GMAT Prep