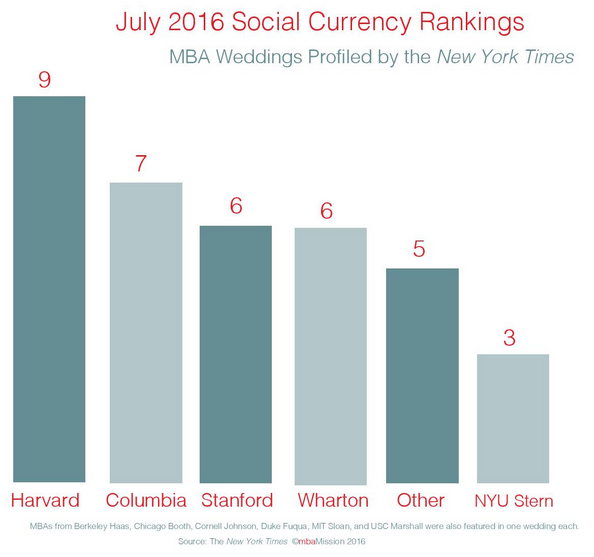 As one might expect, July was a popular month for weddings—particularly MBA weddings. Last month, the New York Times (NYT) profiled 36 weddings that included at least one MBA from various business schools across the United States. Harvard Business School (HBS) alumni and students were the busiest, with nine brides and grooms associated with the school tying the knot. Newly married couple Margaret Rohrmann and Haig Nerguizian, who celebrated their nuptials on July 16, are both earning their MBAs at Columbia Business School. According to their wedding profile in the NYT, the couple met at an international student orientation. The Stanford Graduate School of Business served as matchmaker for Shelley Jacobson and Scott Hughes, who were married on July 23. The two met while pursuing MBAs at the school.