B-School Chart of the Week: Which Business Schools Received the Most Applications During the 2015–2016 Season? 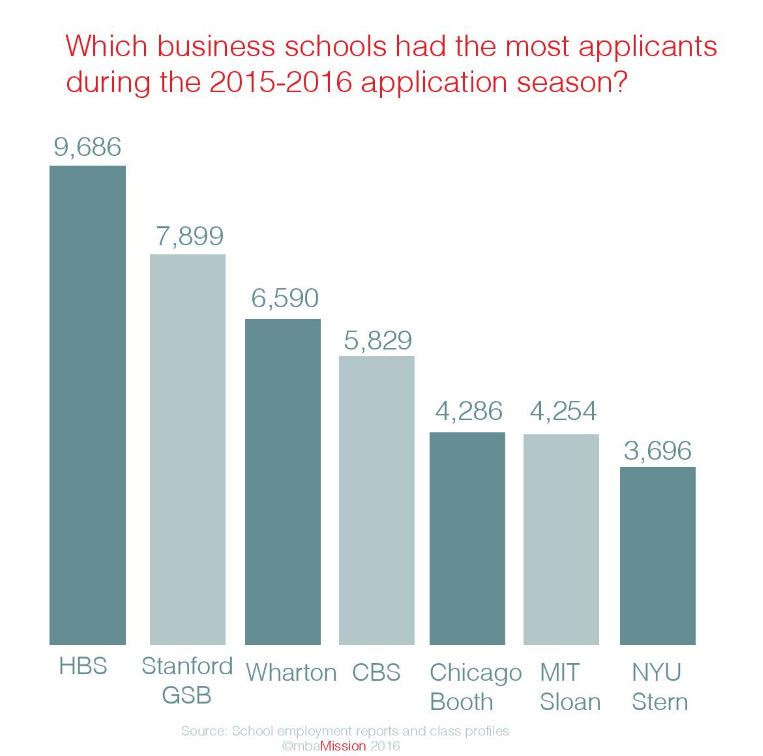 Many business schools’ first-round deadlines are only a few months away, and applicants around the world are gearing up for the challenge. Before the 2016–2017 application season kicks off, let’s take a look at the 2015–2016 season—namely, which schools received the most applications. Perhaps unsurprisingly, Harvard Business School (HBS) was the most popular, as nearly 10,000 individuals applied to the school. The Stanford Graduate School of Business (GSB) came in second with 7,899 applications, and the Wharton School of the University of Pennsylvania received 6,590 applications and was third in terms of volume. New York City–based Columbia Business School (CBS) and the New York University (NYU) Stern School of Business were also both popular choices, with 5,829 and 3,696 applications, respectively. Which schools will receive the most applications during the 2016–2017 season? Stay tuned!