Mission Admission is a series of MBA admission tips; a new one is posted each Tuesday. 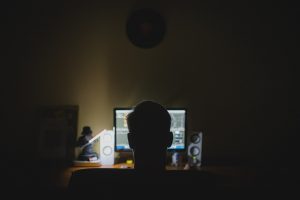 When candidates who have already taken the GMAT exam once ask us whether they should take the test again, we always reply with this key question: “Do you think you can do better?” If the individual does indeed believe that he/she can improve, the next question we inevitably get is “What do business schools think of multiple scores?”

Fortunately, most MBA admissions committees do not frown on candidates taking the GMAT more than once. Many applicants feel that they have to be “perfect” the first time and that any subsequent test they take—particularly if they receive a lower score on it—might be damaging to their candidacy. This is not the case. Dartmouth Tuck, for one, anticipates that applicants will take the exam more than once and openly states its willingness to “consider your highest quantitative and highest verbal scores,” if they occur on separate tests. Meanwhile, other programs have been known to call candidates and tell them that if they can increase their GMAT scores, they will be offered admission.

Accepting a candidate’s highest GMAT scores is actually in an MBA program’s best interest, because doing so will raise the school’s GMAT average, which is then reported to rankings bodies  such as Bloomberg Businessweek and U.S. News & World Report and could positively affect the school’s position in these surveys. So, do not be afraid to take the test two or even three times. It can only help.