B-School Chart of the Week: Which School’s Class of 2015 Received the Highest Average Starting Salaries? 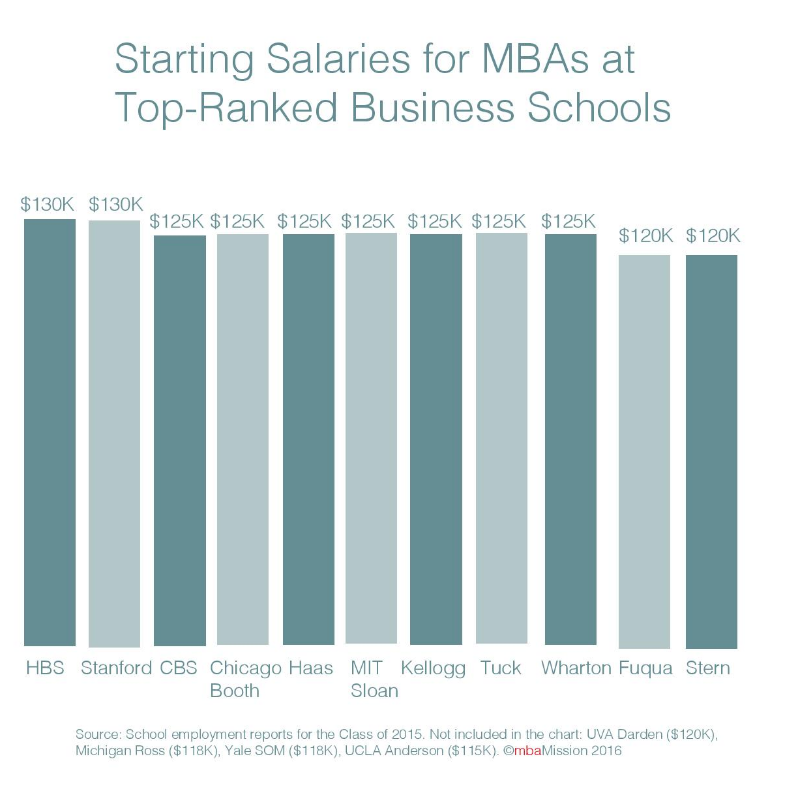 The graduates of top-ranked MBA programs typically receive hefty starting salaries. But which schools’ graduates captured the highest average starting pay? The numbers were largely similar among the 15 top-ranked business schools we surveyed, but the Class of 2015 at Harvard Business School (HBS) and the Stanford Graduate School of Business earned a slightly higher average salary than their peers: $130,000. At many programs, $125,000 appeared to be the magic number; such schools as the Kellogg School of Management and the University of Chicago Booth School of Business reported this figure as the average MBA starting salary for their 2015 graduates.