B-School Chart of the Week: Which Business School Class Represents the Most Countries? 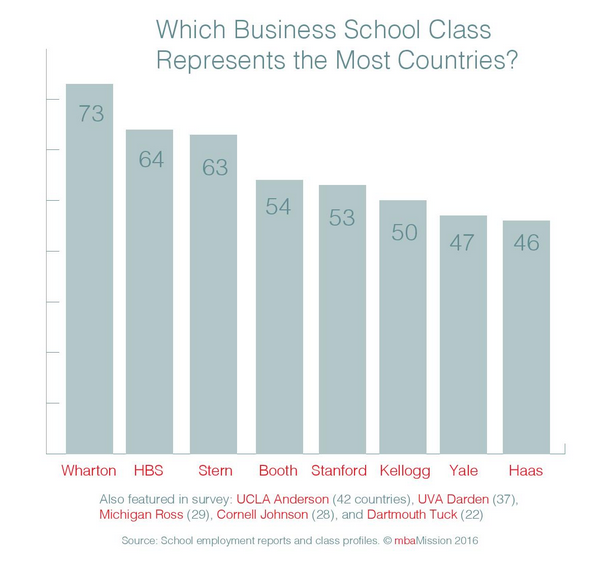 Business schools hope to fill their classrooms with a diversity of students. This year, they have clearly met this goal with respect to the number of countries represented at top-ranked business schools. The latest incoming class at the Wharton School of the University of Pennsylvania, the Class of 2017, includes students from 73 countries—the most among the 15 schools we examined. Harvard Business School (HBS) featured the second-highest number of countries, with students hailing from 64 nations. Such schools as the New York University Stern School of Business, the University of Chicago Booth School of Business, and the Stanford Graduate School of Business also scored highly, with 63, 54, and 53 countries represented, respectively. All surveyed schools featured students from at least 20 countries.

Previous Entry
Monday Morning Essay Tip: Watch Out for Repetition
Next Entry
Mission Admission: Keep Your Parents Out of It