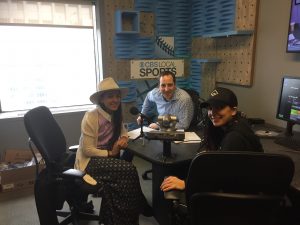 This podcast episode brings to the studio a team—a sister team, in fact! Miki and Radha Agrawal hail from an entrepreneurial family and have combined their wits to launch a plethora of endeavors, the latest being THINX, a patent-pending women’s underwear for menstruation. The Agrawals sat down to share their detailed story, discussing a number of highlights from their experience,such as the following:

Subscribe to the podcast series to hear each episode as it is released!