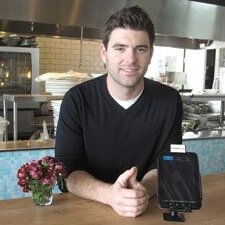 Chris Webb began his career when he was only 19 by accepting a full-time position at former investment bank Bear Stearns. Following a decade-long career in finance, a surprising source introduced Webb to the food business, and—after making a few detours—he co-founded online ordering system ChowNow in 2010. Tune in to the podcast to hear about Webb’s progress throughout the years as he discusses these details and more:

This entrepreneurial story is only one of more than 40 available in our podcast series. Subscribe today to catch them all!