B-School Chart of the Week: How Long Was Your Business School Interview?

Although quantifying a school’s profile certainly does not tell you everything, it can sometimes simplify the many differences among the various MBA programs. Each week, we bring you a chart to help you decide which of the schools’ strengths speak to you. 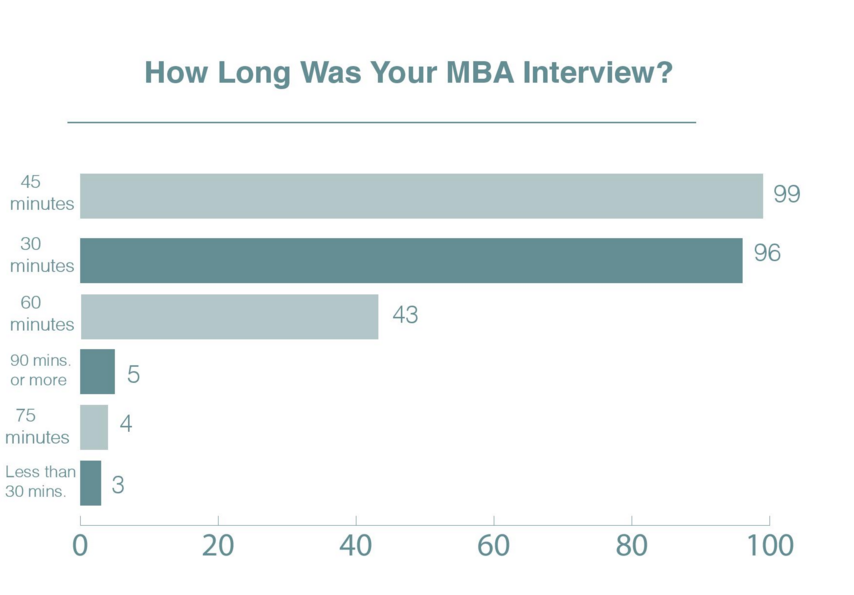 Recently, we have been exploring the results of our 2015–2016 admissions cycle survey, in which more than 200 MBA hopefuls told us about their experiences interviewing at various top-ranked business schools. So far, we have discussed the locations and conductors of the interviews, and this week, we take a closer look at the clock: how long are MBA interviews on average?