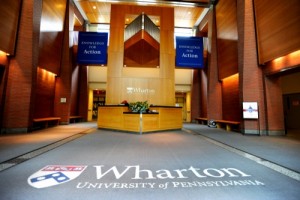 Perennially ranked among the top business schools in the world, the Wharton School of the University of Pennsylvania appears to be best known for its reputation in finance—as its original name, the Wharton School of Finance and Commerce, would imply. Nevertheless, the school prides itself on its breadth and depth of expertise in a multitude of business areas.

For a thorough exploration of what UPenn Wharton and other top business schools have to offer, check out the mbaMission Insider’s Guides.