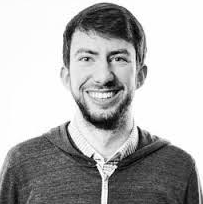 Innovation comes naturally to Brad Hargreaves, who has co-founded several companies, including the educational institution General Assembly. His latest endeavor is Common, which offers community-based housing on a month-to-month basis. In this podcast episode, Hargreaves discusses what is next for General Assembly and what Common is all about. Tune in to hear these and other highlights:

Subscribe to the podcast series today to ensure you are alerted to new episodes as soon as they are published!