Jessica O. Matthews Shares Her Journey from Harvard to Forbes’s “30 Under 30” 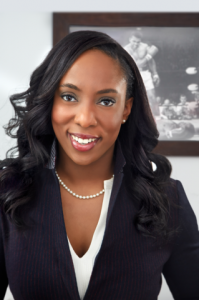 Jessica O. Matthews became an entrepreneur early in life when she invented the SOCCKET ball, an energy-generating soccer ball, at age 19. Since then, she has established a decorated entrepreneurial career, founding the renewable energy company Uncharted Play and co-founding one of the first private hydropower dams in Nigeria—all while being chosen for such lists as Fortune’s “Most Promising Women Entrepreneurs” and Forbes’s “30 Under 30.” Now, Matthews joins the Venture for America podcast to share how she accomplished all of this in her twenties, touching on these and other details:

Subscribe to the podcast series to stay on top of the latest inspiring entrepreneurial stories!