B-School Chart of the Week: Who Conducted Your Business School Interview?

Although quantifying a school’s profile certainly does not tell you everything, it can sometimes simplify the many differences among the various MBA programs. Each week, we bring you a chart to help you decide which of the schools’ strengths speak to you. 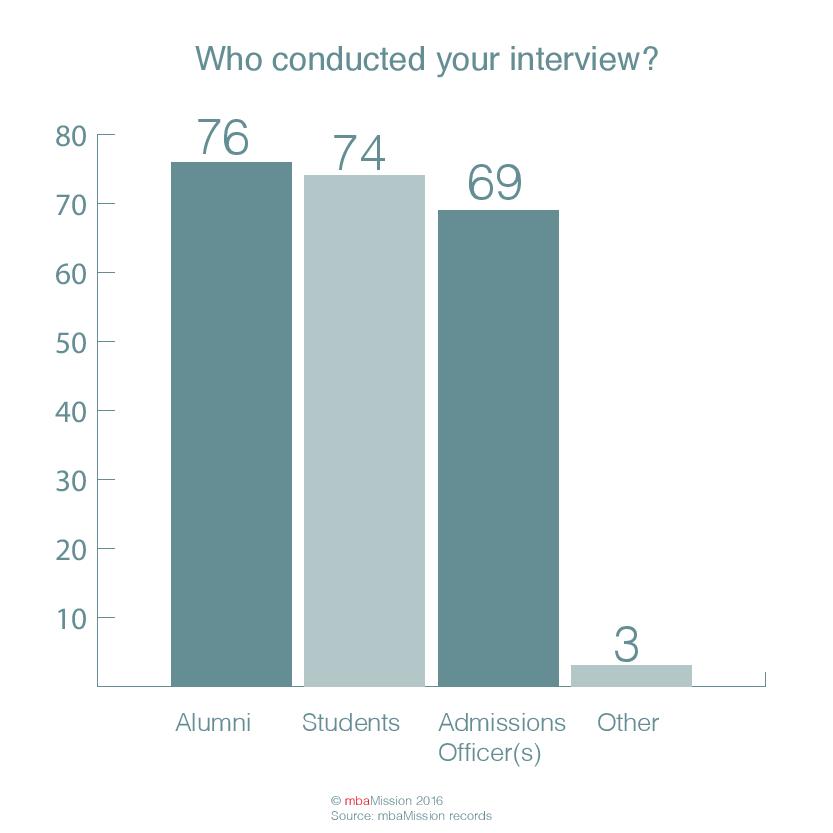 During each admissions cycle, we at mbaMission conduct an optional survey with our clients about their business school interview processes. Last week, we began examining the results of our 2015–2016 admissions cycle survey and reported that the majority of our respondents had been interviewed on campus. This week, we take a closer look at the individuals who conducted the interviews.

We learned that of the more than 200 applicants who completed our survey, the majority (76) were—perhaps surprisingly—interviewed by alumni. Interviews conducted by (typically second-year) students followed closely behind, at 74. And though one might expect admissions officers to conduct most interviews, this arrangement was the third most common in our survey (69 respondents), while only three respondents met with undisclosed “other” interviewers.