What I Learned at…UVA’s Darden School of Business, Part 1

In our “What I Learned at…” series, MBAs discuss the tools and skills their business school provided as they launched their career. 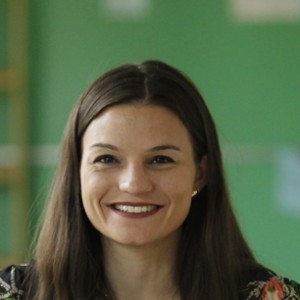 Sarah Rumbaugh is the CEO and founder of RelishCareers.com, the marketplace for MBA hiring, which connects MBA candidates and the companies that hire them through the recruiting process. Sarah founded RelishCareers.com while completing her MBA at the University of Virginia’s (UVA) Darden School of Business and continued to work full-time on the venture after graduation. In Part 1 of this three-part series, Sarah discusses how Darden helped her identify a workable start-up idea while in school.

Throughout the grueling MBA application process and coming into Darden, I knew I wanted to be an entrepreneur. For this reason, Darden was my top choice, my dream business school. I grew up in the Washington, DC, area and lived in Virginia before business school, and I wanted to be semi-close to home, which was another reason Darden was number one for me. Still, it was blatantly clear to me that Darden’s entrepreneurial resources were superior to those of many of its peer schools.

Before I go into why this is, I’ll explain why I wanted to go to B-school in the first place. Yes, I wanted to be an entrepreneur, but my interest in business school went beyond my entrepreneurial ambitions. I was going to try my hand at entrepreneurship one way or another, regardless of business school. Rather, I wanted to go to B-school because I felt it was the next step in my career. I had reached a point with my work experiences where I felt that to continue to grow, I needed an advanced degree. Business school over other graduate options was an easy choice. I like the generality of “business.” You can do so many things with an expertise in “business.” It’s one of the few master’s degrees that actually expand one’s career options rather than narrowing them. And I chose a school that I felt would enable me to pursue my entrepreneurial aspirations. I recognized that Darden would offer me the resources, connections, and time that would make the probability of my entrepreneurial success higher.

Going into Darden, I knew that the i.Lab at UVA Incubator was my goal. Overseen by the Batten Institute for Entrepreneurship and Innovation, the i.Lab is a one-year program that supports early-stage ventures across UVA by providing funding, mentor support, office space, legal services, and other resources.

I say that the i.Lab was my goal, because I also knew admission into its cohort of start-ups was selective. So, when I got to Darden, I wanted to hit the ground running; I had about four months from when school started to when the i.Lab application was due to put forth the best start-up idea possible. This meant coming up with a great concept. For weeks before arriving at Darden, I would ask myself, “What is it? What is the next great idea?”

When I got to Darden, I hadn’t yet thought of what I would consider a great idea. And in my first couple weeks of meeting with the entrepreneurship faculty and staff (which, by the way, is crucial for getting into the i.Lab; they want to know you’re actively pursuing something and talking to the right people), I learned that having a good idea isn’t as important as you would think. Good ideas don’t make successful businesses; successful execution to solve a problem that affects enough people that are willing to pay to fix that problem is what makes a successful business.

The first thing I learned at Darden in pursing entrepreneurship is that it’s easier to come up with a worthwhile business opportunity by asking yourself, “What’s a big problem?” rather than asking, “What’s a good idea?” The reason for this is simple: successful businesses focus first on solving a problem, rather than developing a solution. So when you’re trying to think of the next big business idea, why not start at the beginning, with a problem? Whatever your idea to solve that problem becomes—“the solution”—you can’t truly know what that is unless you understand the problem. Having learned this, I’d even argue that it’s not even necessary to know what your idea/solution is until many months after pursing the problem.

Once I realized that I would come up with the business idea that would get me into the i.Lab by first figuring out the problem I wanted to solve, I started looking around for problems that affected my daily life or that of the people around me. I also learned from talking to a Darden faculty member that it’s a heck of a lot easier to start a business in a subject area you know well, have experience with, and for which you have people around with applicable experience that can help.

This is when I came up with RelishCareers—or rather, identified the problem that RelishCareers would ultimately solve. Within the first few weeks of business school, I learned that MBA recruiting (the process of landing an internship for first-year students) began pretty much the same time school started (if not before), and it took up just as much time as your academics (if not more). And I found that there wasn’t an online platform that did a good job of complementing this time-consuming process, which was surprising. The problem was that MBA recruiting was inefficient and stressful for students and inefficient and expensive for recruiters (the MBA employers). I landed on the name RelishMBA because I wanted to help MBA students discover the career they would “relish.”

What I Learned at...