B-School Chart of the Week: Entrepreneurship Within the Class of 2015 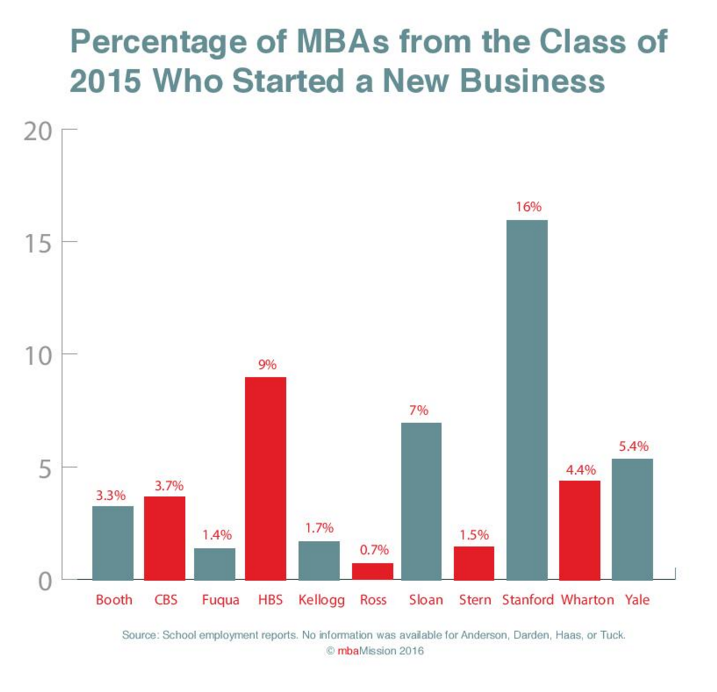 The beginning of the year is a time of reflection for many MBA hopefuls—some are still working on their applications for round three, while those who are awaiting their schools’ decisions or have already received responses are considering their next moves. Business schools typically release employment and salary information concerning their latest graduated class around this time of the year, offering interested parties a glimpse of what has become of their students months after graduation. This week, we take a closer look at entrepreneurship: which schools have the highest and lowest percentages of graduates starting their own companies?

The Stanford Graduate School of Business was the most active in this aspect within the Class of 2015, with 16% of its graduates—65 students in total—reportedly starting new ventures after completing their studies. Harvard Business School (HBS) came in second with 9% or 84 students, the highest number of students overall. Such schools as Michigan Ross and Duke Fuqua were the least entrepreneurially active, as only 0.7% (three students) and 1.4% (six students), respectively, started new companies after graduation.