MBA Admissions Myths Destroyed: I Must Have Botched the Interview! 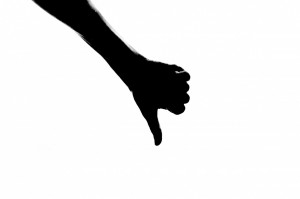 Maybe you are among the unlucky applicants who were/are on the outside looking in this year, shaking your head trying to understand why you did not get into an MBA program. As you look back and assess where you went wrong, you may narrow your focus and re-examine your interviews. After all, you were invited to interview but were rejected thereafter, so there must be a cause-and-effect relationship, right? Your rejection must mean that everything was at stake during those 30 minutes and that your interviewer just did not feel that you are of the caliber preferred by your target school, right? Wrong.

Wharton’s former admissions director, J.J. Cutler, previously explained to us that there are no post-interview snap judgments. At Wharton, files are read multiple times before and after the interview, according to Cutler, “…then (after the interview) the interview report is placed into the file, and the file gets recirculated and read a fourth time by a member of the admissions committee…. It may get read a fifth time or even a sixth time. (For) most applications at that point, it gets pretty competitive.” At Wharton, the admissions committee is not waiting for an enthusiastic report to confirm a decision it has already made; rather, the committee is using the interview as a part of the evaluative process as it weighs applicants against their peers.

Yale’s director of admissions, Bruce DelMonico, explained to mbaMission that the School of Management uses a “consensus decision-making model,” where “we all need to agree on an outcome for an applicant (to be accepted).” Like at Wharton, each file is read multiple times. With the need for a consensus, we can safely conclude that the committee is not waiting on the interview as the determinant. Again, there is no post-interview snap judgment but rather serious thought and reflection by the admissions officers.

Although we have discussed this topic before, it is worth repeating that no simple formula exists for MBA admissions and that the evaluation process is thorough and not instinctive/reactive. Yes, a disastrous interview can certainly hurt you—but if you felt positively about your experience, you should not worry that you botched it and that this was the determinant of the admissions committee’s decision.