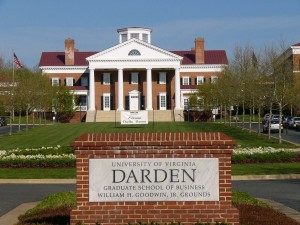 Business school rankings often provide more insight on MBA programs than just a simple top-ten list. For example, Forbes, which released its biennial MBA rankings in September, recently revisited its data to determine which business schools generate the most satisfied graduates. After reviewing the responses of more than 4,000 alumni from the Class of 2010 at 50 schools, the publication identified the top ten with the highest levels of graduate satisfaction based on three factors:

The University of Virginia Darden School of Business came out on top overall, ranking first in both education satisfaction and preparedness. The Broad College of Business at Michigan State University ranked first in job satisfaction but fourth overall. Interestingly, Forbes points out that such typically top-ranked schools as Harvard Business School, Columbia Business School, and the Wharton School of the University of Pennsylvania ranked notably low in job satisfaction—in the bottom half of the 50 schools—despite their graduates earning average annual salaries of more than $200K.