B-School Chart of the Week: The Role of Women Within the Class of 2017

Gender equality has been a popular discussion topic in the business school world recently. Harvard Business School (HBS) announced a program to recruit women in April, while such publications as the Financial Times have examined the topic by offering comparisons and scorecards of various schools. What is the situation at the moment? We took a closer look at the recently matriculated Class of 2017.

Perhaps unsurprisingly, none of the top-ranked schools that we examined yet have a 50/50 gender divide in their Class of 2017. The Wharton School of the University of Pennsylvania and the Northwestern University Kellogg School of Management came closest, with women representing 43% of each school’s class. At 42%, the University of Chicago Booth School of Business, HBS, and the Tuck School of Business at Dartmouth College were not far behind. The school with the lowest percentage was the UCLA Anderson School of Management, where only 30% of the incoming class are women. 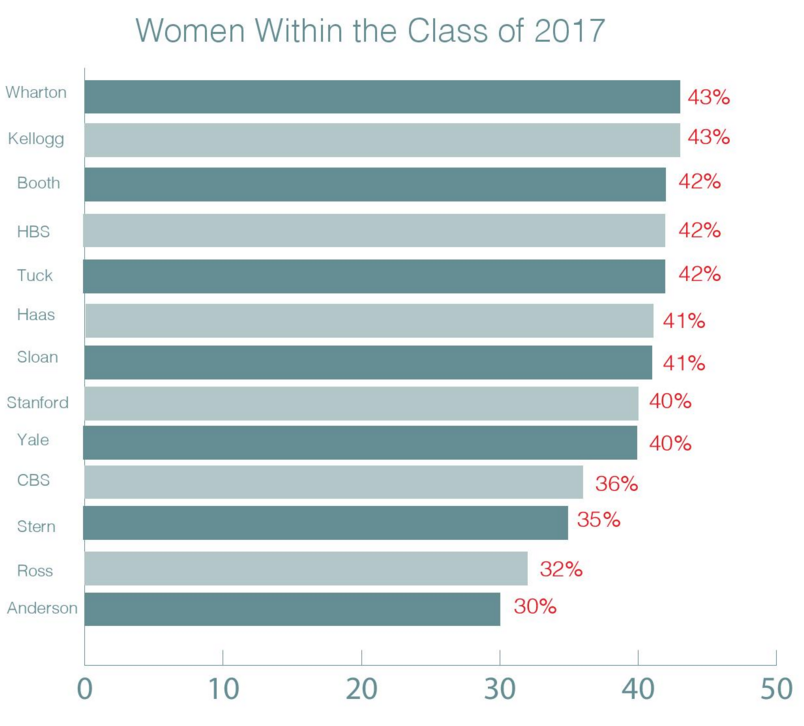 Previous Entry
Professor Profiles: Saras D. Sarasvathy, the University of Virginia Darden School of Business
Next Entry
Beyond the MBA Classroom: Show Off Your Talent at the NYU Stern Follies