Mission Admission: When to Schedule Interviews

Mission Admission is a series of MBA admission tips; a new one is posted each Tuesday. 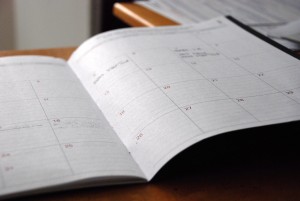 With the MBA 2015–2016 application season moving along at full speed, we thought we should explore an issue that brings endless paranoia to business school candidates: when to schedule interviews. Many programs will give applicants a significant window in which to schedule their interview. So, does scheduling an interview early convey that you are being too aggressive and do not have any other irons in the fire, or instead that you are eager to act and impress the admissions committee? Does scheduling an interview later imply that you are less interested in the program, or rather that you are highly sought after and are interviewing at multiple schools?

The reality is that scheduling your interview to occur during the early days of the school’s set time frame is really no different from scheduling it near the end. Neither option, nor any day in between, confers any advantage or disadvantage. The MBA admissions committees recognize that you, like all candidates, are busy and that your schedule is in flux as a result of work, community, and personal commitments. The committees focus on the interviews themselves, not on when they are scheduled. So pick a date that works for you—a time when you know you can be comfortable and relaxed, not distracted—and start preparing!