Beyond the MBA Classroom: The Kellogg Ski Trip 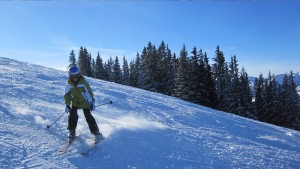 True to Kellogg’s reputation for fostering a robust community, the school’s annual Ski Trip is typically attended by a remarkable 750 or more first- and second-year students. According to a second year we interviewed, “Kellogg’s ski trip was the first and remains the biggest of its kind. Like everything else at Kellogg, the trip is student run [from] logistics to marketing to sponsorship. First- and second-year students work together to make it an unforgettable weeklong adventure.” Participating students have traveled to such destinations as Jackson Hole, Wyoming (2014), Breckenridge, Colorado (2013), and Steamboat Resort in Colorado (2012). Students who wish to ski can avail themselves of three-, four-, or even five-day passes, while nonskiers can enjoy such activities as cooking classes, snowshoe lessons, and spa treatments (at reduced prices). The evenings feature theme parties, such as an annual ’80s party.

“The entire event is a phenomenon,” continued the second year. “It’s a great break for everyone … as first years blow off steam from their hectic initial quarter, while second years immerse themselves in their final ski trip.” Noting that all the spaces for the trip were claimed in just 20 minutes one year, another second year provided the following advice in a personal blog post: “You have to know you want to go and sign up early before the trip sells out, which happens every year.” A first year with whom we spoke expressed how impressed she was with Kellogg’s ski club for “planning the best week of business school for 800 people!” She added that Ski Trip is simply not to be missed: “It’s all of your closest friends, taking over a ski town for one full week with amazing parties and social activities (many of which are sponsored)!”

For in-depth descriptions of social and community activities at Kellogg and 15 other top MBA programs, check out the mbaMission Insider’s Guides.