B-School Chart of the Week: Diversity Within the Class of 2017

Top-ranked business school programs have their similarities and differences, and the same is often true with regard to their students. Around this time of the year, business schools typically release information concerning their most recent incoming class—this year, the Class of 2017. These class profiles paint a revealing picture of the diverse student bodies from various fields and backgrounds all around the world. Yet, only six top-ranked business schools reported that more than a quarter of their incoming students are U.S.-based minorities.

In terms of diversity among U.S.-based students, the Haas School of Business took the top spot, reporting that 36% of its Class of 2017 represent a minority. Columbia Business School (CBS), located in the cultural melting pot of New York City, was a close second with 35%, while the Wharton School of the University of Pennsylvania came in third with 30%. The Stanford Graduate School of Business scored the lowest of the examined schools—19% of its incoming student body identified as a U.S. minority. Perhaps surprisingly, the University of Michigan Ross School of Business, which was recently the only business school to receive the prestigious 2015 Higher Education Excellence in Diversity Award from INSIGHT Into Diversity, reported a lower level of diversity than many schools, with 25%. 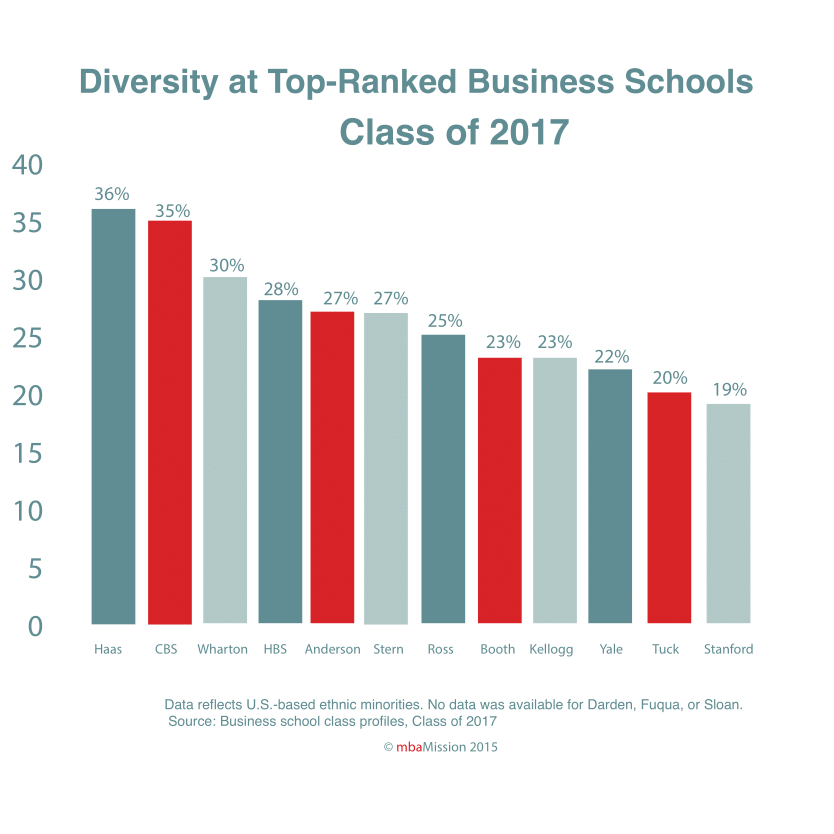 Previous Entry
Friday Factoid: More Than Marketing at Kellogg
Next Entry
MBA Admissions Myths Destroyed: I Am Too Old To Get Into Business School!